Shadow didn’t wait to see. He walked away and he kept on walking.

END_OF_DOCUMENT_TOKEN_TO_BE_REPLACED

I wanted to do a little overview of the last year and which books really made an impact. I chose five of my favorite books I read last year, which all have different reasons and ways in which they affected me. Some because the writing was just amazing, some because it made me think. It’s a bit late to post an overview, I somehow lost December and didn’t have time to write at all.

So a little late, but HAPPY NEW YEAR. May it bring nothing but good times.

END_OF_DOCUMENT_TOKEN_TO_BE_REPLACED 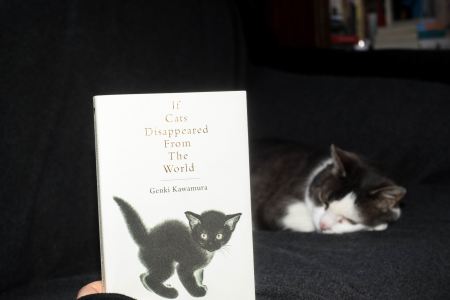 Where I live (the Netherlands) we have a holiday tradition called Sinterklaas. Nowadays mostly known for the inability of some fanatics to change the racist part of it (black Pete), but when one removes/replaces ‘black’ Pete with just normal Pete or no Pete, Sinterklaas is an actual fun tradition. The story goes like this: Saint Nicholas is a saint from Turkey who lives in Spain. Each year a month before his birthday (the 6th of December) he gathers his helpers, his horse, and his steamboat and floats over to the Netherlands. Here he gives the nice children some  ‘strooigoed‘, chocolate letters and small presents, until the 5th of December when he sent his helper to bring the kids a sack full of presents and they sing songs etc.  Traditionally, the ‘naughty’ kids go with him in a sack to Spain.

When you’re a bit older, and (spoiler alert) you find out Sinterklaas isn’t real, people draw names and make ‘surprises’ for each other. This normally consists of a funny poem makes fun of something you did in the last year, and a gift. Some go all out and make something to emphases the poem as well. This year we celebrated Sinterklaas and my brother got me a book, because I read a lot and because this book is about a world without cats. So the ideal book for me!

END_OF_DOCUMENT_TOKEN_TO_BE_REPLACED

“Up out of the lampshade, startled by the overhead light, flew a large nocturnal butterfly that began circling the room. The strains of the piano and violin rose up weakly from below.”

Milan Kundera – The Unbearable Lightness of Being

END_OF_DOCUMENT_TOKEN_TO_BE_REPLACED

In the mean time, she would just live.

Cecelia Ahern – PS, I love you

END_OF_DOCUMENT_TOKEN_TO_BE_REPLACED

The scar had not pained Harry for 19 years. All was well.

END_OF_DOCUMENT_TOKEN_TO_BE_REPLACED

Some years ago, I found the movie Coraline in the DVD store, bought it, loved it. It became one of my favorites and it got me into Tim Burton (well, Coraline and the nightmare before Christmas). However, I had no idea that it was also a book so when I saw it on Instagram, it became an instant bucket list item! And because I have zero patience, so I ordered it the same month.

Coraline is a girl who wanders into an alternate universe and meets her ‘other mother’, who is everything her real mother is not: attentive, always available and loving. Or so it seems…And Coraline has to learn to be brave, even when she’s alone and scared. While getting to know herself and her ‘ old’ life, she also manages to help some old souls and give them the closure they need.

END_OF_DOCUMENT_TOKEN_TO_BE_REPLACED

The ending of a good book is like the ending of an era, you’re leaving friends behind and that can be hard. The last words can give some closure or be super frustrating.

END_OF_DOCUMENT_TOKEN_TO_BE_REPLACED

Last summer my boyfriend and I were visiting a friend of his, who is a smart man. My boyfriend is also a smart man. I’d like to think I’m somewhat smart, but my boyfriend is the thinking-about-things kind of smart. Just as this friend who is also an avid reader. He and my boyfriend often talk about books, what the writer has been trying to say and what they think of it. I’m normally just listing to get a new recommendation for my intellectual pile. The last title I got was Nooit meer slapen, by Willem Frederik Hermans. A Dutch book, but translated to English (Beyond sleep is the translated title).

Beyond sleep is about obsession, suffering and getting to know oneself. I found it a hard read especially in the beginning, it really needs some focus to get in there, but after a while, it’s strangely addictive.

END_OF_DOCUMENT_TOKEN_TO_BE_REPLACED

And Carlson said, “Now what the hell ya suppose is eatin’ them two guys?”

(John Steinbeck – Of mice and men

The ending of a good book is like the ending of an era, you’re leaving friends behind and that can be hard. The last words can give some closure or be super frustrating.