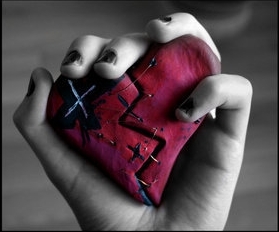 yup, did it again. Dunno how I always do this, but I attract the wrong people or something.

There was this guy, and I liked him so much. He was actually the first guy after my first boyfriend, who I saw a future with. Since he said he liked me too, I sort off allowed myself to hope and dream about it. Shared some stuff nobody know and just felt like it was some sort of home.

Then, he started to cancel. Not once, not twice but almost every date we made. So,I figured he lied, didn’t liked me and just wanted sex. When I told him I couldn’t so it like this, he said he had other priorities and that was it. Didn’t spoke to him for over a month when then suddenly he started talking to me again, wanted to go on another date again and me, being the stupid person that I am, decided to give him another change. And guess what? He canceled AGAIN. And he had the nerves to tell me that I was complaining about it. So we had a little fight and I thought that I would never talk to him again. I was wrong.

A couple of hours later he texted me again. Saying that we should talk things over so we both knew what we wanted and stuff. So we made another date. Think you can guess what happend? He canceld. Again. And so sorry or anything. Like it was the most normal thing to do in the world. He was like:’ yeah, I like being with you, but only when I have no other plans or other things to do.’ Ehm, ooo-kay? Thanks, that really makes me feel good about myself. Ass.

But, at least I learned something. Now I know what I what in a relationship. It still sucks though.

iThere are no comments

This site uses Akismet to reduce spam. Learn how your comment data is processed.

Through the hills we go ⁠//
Although aware of the current pandemic, she's unafraid of the virus: our brave and cunning warrior gladly takes on every task that comes onto her path, whether that is sitting on her protectees' lap to ensure no virus is approaching or demanding more cuddles to fight off negativity. ⁠
At one point last year I decided to do a new year's post with some light painting. And then left it till the very last moment to actually do it. Surprisingly enough it turns out to be quite hard, so this is the only result that resembles '2020' a tiny little bit.⁠
The longest night has come and passed, the days are slowly about to get longer again. The sun is creeping back into our lives; technically speaking that is since there's been nothing but clouds and rain here, but more light must equal a brighter outlook on the world.⁠
New places, new people, new weather. Get on a train and travel, take a boat and sail. After mere hours the weather has become their normal, instead of yours. ⁠
Winter is coming in, and the plants in our garden have prepared to hibernate another cold, dreary winter. No more leaves, no more flowers. Arid sticks and mushy grounds is all that is left-over from what used to be a vibrant centre of wildlife, where bird raised their kids and domesticated cats channelled their wild roots. Filled with the buzzing of bees and the occasional scattering of very tiny feet.⁠
The cold mornings are upon us again, and the bed seems to be an impenetrable fortress where no-one gets out. Alas, this is to be our life for now.⁠
I'm not a massive city fan, I prefer the quietness of the outside but views like this make almost dying everyday worth it.⁠
Good morning, Mister Magpie⁠